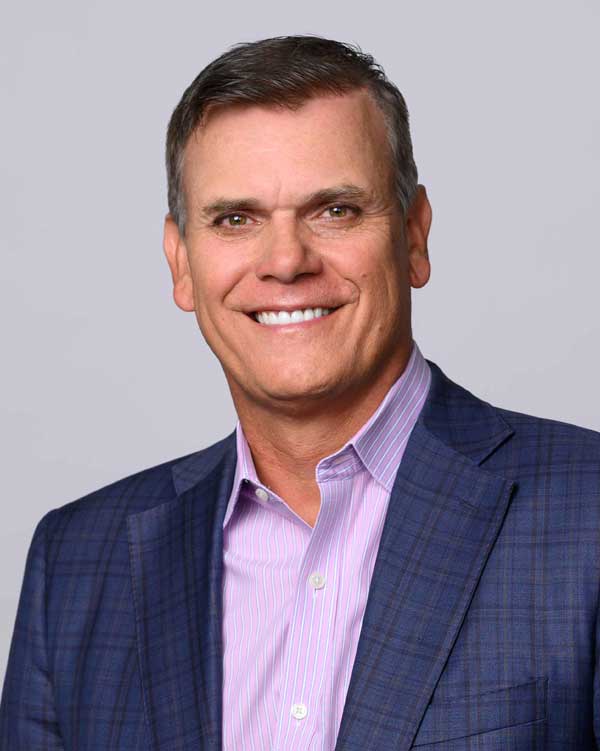 Dr. Berg has served as CEO and Co-Founder of Arrowhead Health, and now Redirect Health alongside Janice and Paul since our inception. Prior to co-founding Redirect Health, Dr. Berg established and maintained successful healthcare clinics both in Canada and the United States. With Redirect Health he has leveraged his decades of healthcare leadership experience to make healthcare simple and affordable for businesses throughout the country. Dr. Berg is the author of The Business Owner's Guide to Ending the Fight with Healthcare, a how-to guide that helps business owners leverage healthcare as a competitive advantage. In 2018, the Phoenix Business Journal honored Dr. Berg with the “Healthcare Heroes Innovator Award” for creating a transformative healthcare member experience that eliminates barriers for people to get affordable healthcare. He holds degrees in Physics and Biology from the University of Toronto as well as a Doctor of Chiropractic degree from The Canadian Memorial Chiropractic College. 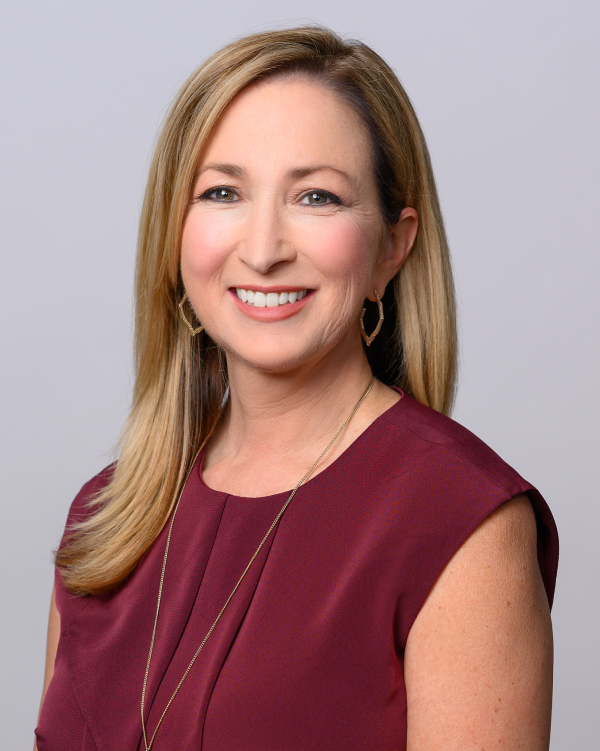 Dr. Johnston Co-founded Arrowhead Health, now Redirect Health and is serving as the Chief Medical Officer for the company. She oversees all medical operations as well as patient experience, spearheading efforts to enhance quality of care while improving administrative efficiencies. Dr. Johnston is integral to both the telehealth and in-person clinical operations, continually advancing strategies to improve member service and ensure positive patient outcomes. She has been recognized numerous times by AZ Business Magazine in the categories of “Most Influential Women Business Leaders," "Outstanding Medical Director" and "Telehealth Leader." She was also recognized as a "Keeping the Blues Alive" award recipient for her work advocating for musicians’ health. Additionally, Dr. Johnston is part of the MusicCares Provider Network through the Grammy Foundation. She holds an M.D. from the University of Toronto and is currently a Health Insider for ABC15.

Mr. Johnson has served as President and Co-Founder of Arrowhead Health, and now Redirect Health since our inception. He helps oversee operations and identifies new opportunities that support the company’s efforts to offer employers affordable, high-quality healthcare options. Mr. Johnson currently serves as Chairman of the Board of Directors for Arrowhead Health Centers and is a past member of the Board of Directors for the John C. Lincoln Hospital Foundation. Among his many contributions to the industry, he also co-authored The Business Owner's Guide to Ending the Fight with Healthcare, a guide that teaches business owners how to leverage healthcare to their advantage. Prior to co-founding Redirect Health, Mr. Johnson founded several multi-million dollar companies. He has also had a successful political career which included serving as the Mayor of Phoenix from 1990 to 1994. He and his administration were showcased in the New York Times, Forbes and People, among other national media outlets, for efforts leading to the Bertelsmann Award honoring Phoenix as the “Best Run City in the World.” He attended ASU as a History Major, and holds degrees in Business from University of Phoenix, and a degree from Harvard's Kennedy School in the Program for Senior Executives. 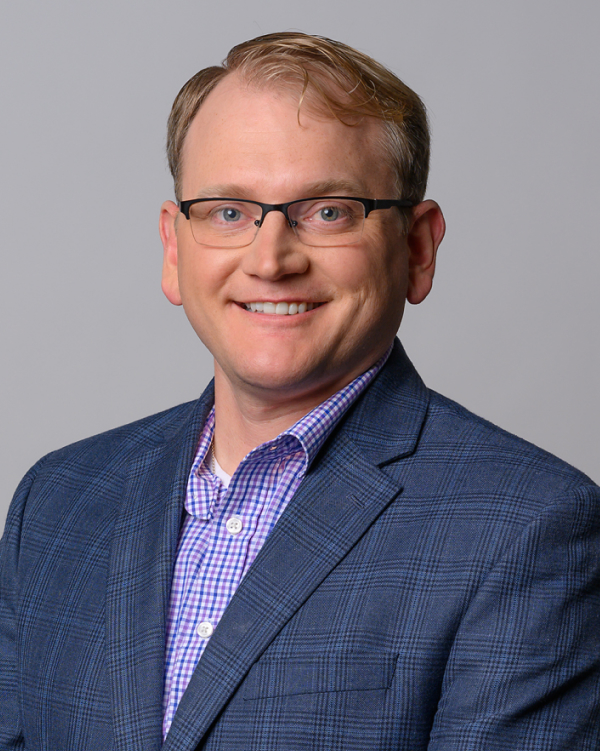 Mr. Berry serves as Chief Operating Officer and has been with Redirect Health since 2013. He has also obtained the level of Senior Certified Professional by the Society of Human Resource Management, supporting his ability to lead people, culture and talent in our organization. Guy has an extensive background in leadership and healthcare with prior experience from Concentra Urgent Care where he was the Assistant Area Operations Director responsible for multiple Urgent Care clinics throughout Arizona. Mr. Berry holds a BBA from Baylor University and an MBA from University of North Texas. 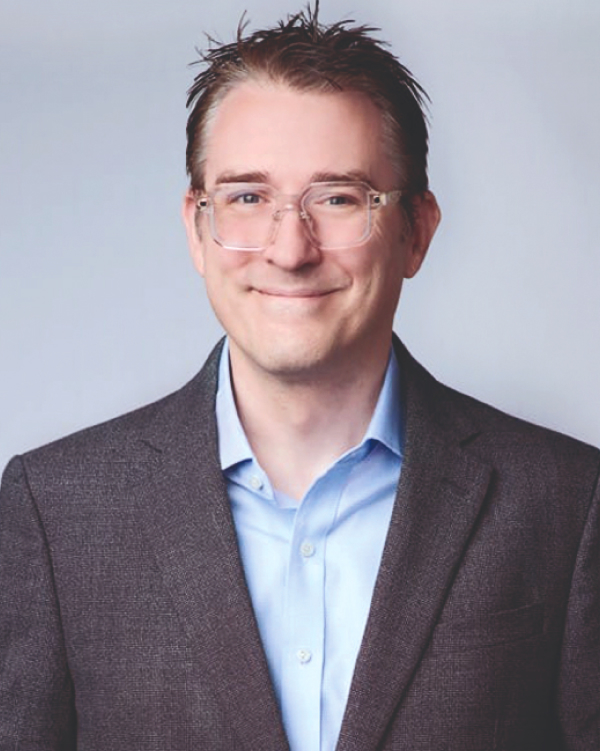 Mr. Wilson has served as Chief Technology Officer since August 2021. He is an expert with more than 20 years of experience in enterprise-scale architectures and is exceptional at forming strong, agile teams to accomplish business goals across the entire company. Prior to joining Redirect Health, he served as the Chief Technology Officer of Chassi since its founding in 2016. Mr. Wilson has created or overseen the development of several enterprise SaaS and content delivery platforms including being one of the first employees and Technology Director at the successful SaaS company WebPT, Inc. He is a speaker for Agile Arizona, PMC-IV certified through Pragmatic Marketing, Certified Scrum Alliance ScrumMaster, Certified Agile Coach, a Certified Facilitator, and a 4DX, EBM, and Rockefeller Habits Strategic Planning Coach. Mr. Wilson attended the College of DuPage where he studied Geological/Geophysical Engineering. 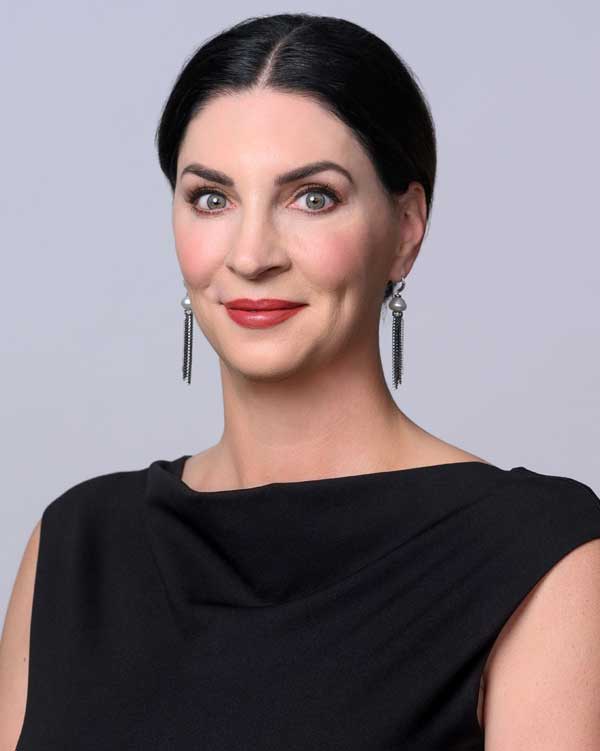 Ms. Peterson has served as Vice President of Marketing and Brand since August 2020. Her focus is building member growth through strategic marketing campaigns and brand awareness. Prior to joining Redirect Health, she worked within private and public Fortune 100 companies focused on consumers and driving results. Ms. Peterson was the Director of Corporate Marketing and Brand at Verra Mobility where she led global marketing strategy, PR & investor relations, media and re-branding efforts. She also held various marketing leadership roles at NBC Affiliate/12 News, GoDaddy, PetSmart, Old Navy and R&R Partners where she led the Avent account focused on global integrated campaigns, rebranding and media. She holds a Bachelor of Arts in Communications from Kent State University. 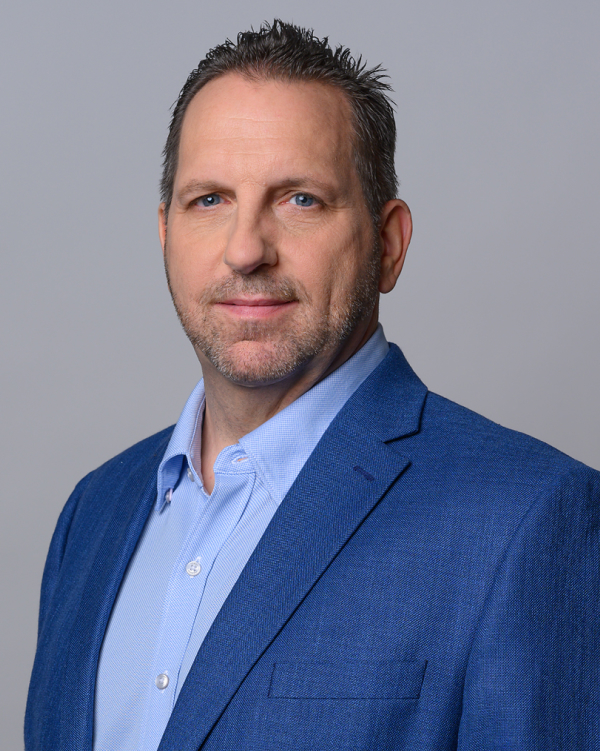 Mr. Woodyard has served as the Vice President of Sales and Broker Support since August 2020. He is an accomplished sales leader with over three decades of experience building sales teams, driving sales performance and increasing revenue. His expertise lies in successfully developing and implementing effective sales strategies, building high performing teams, engaging with target clients, understanding needs and leveraging a consultative experience to create exceptional consistent performance, focusing on a “win-win” for all parties. Prior to joining Redirect Health, he was an award-winning insurance agency owner and District Manager with Farmers Insurance, M&A Consultant and M&A Director at Nationwide Insurance, and successfully led multiple entrepreneurial endeavors such as online insurance aggregator and Amazon Delivery Service Provider startup. He attended Ohio State University. 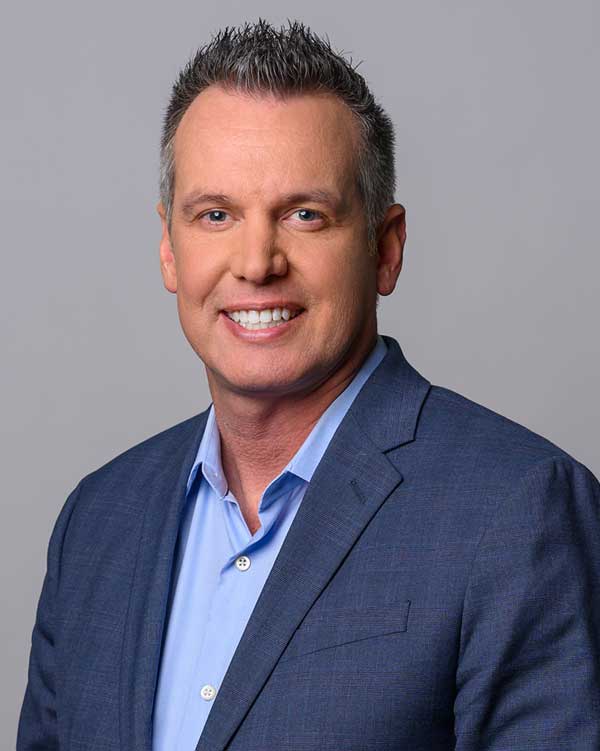 Mr. Bechtol has served as Vice President of Membership and Enrollment since January 2015. He drives nationwide initiatives to educate employers and individuals about Redirect Health’s healthcare solutions. Since joining the company, Mr. Bechtol has made operations member-centric, allowing for greater efficiency, streamlining and affordability. His efforts have helped the company expand membership nationwide. Mr. Bechtol innovates new processes and program benefits to bring more value to members, ensuring they have a positive healthcare experience and that all needs are met. Prior to joining Redirect Health, he served as Tournament Director at Vanguard Golf Management. 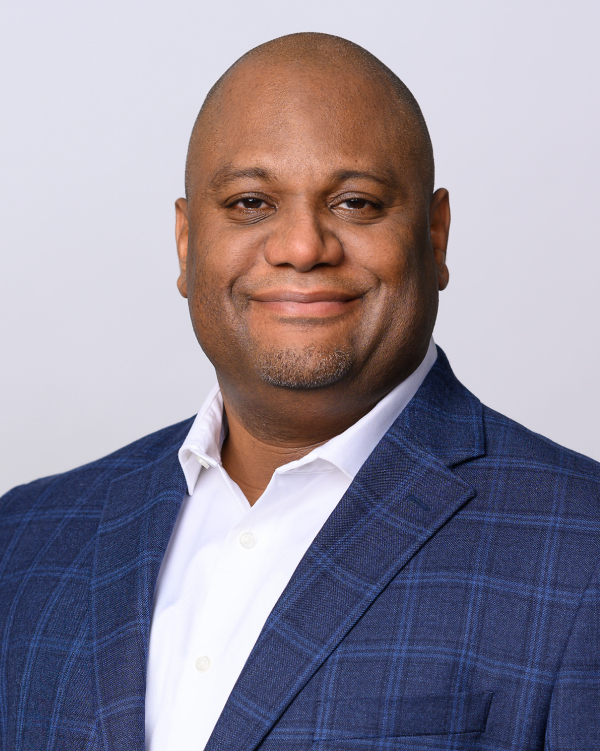 Mr. Pritchett has served as Vice President of Care Logistics since February 2021. He has an extensive background in corporate operations with an emphasis on Contact Center operations. Over the past 30 years, Mr. Pritchett has held several operational leadership roles within Fortune 100 companies such as AT&T, Chase, American Express and The Home Depot. In all of his previous endeavors, Mr. Pritchett has made significant strategic and cultural contributions to not only his specific business unit but to the operation as a whole. Mr. Pritchett is a strong advocate of the principles surrounding “Servant Leadership.” These principles have guided his decisions in creating not only efficient business units, but also environments that foster engagement and personal growth. He brings an understanding of essential business operations proficiencies including forecasting, capacity planning, real time management, and growth coaching. Mr. Pritchett has a Bachelor of Science degree in Aerospace Engineering from Arizona State University. 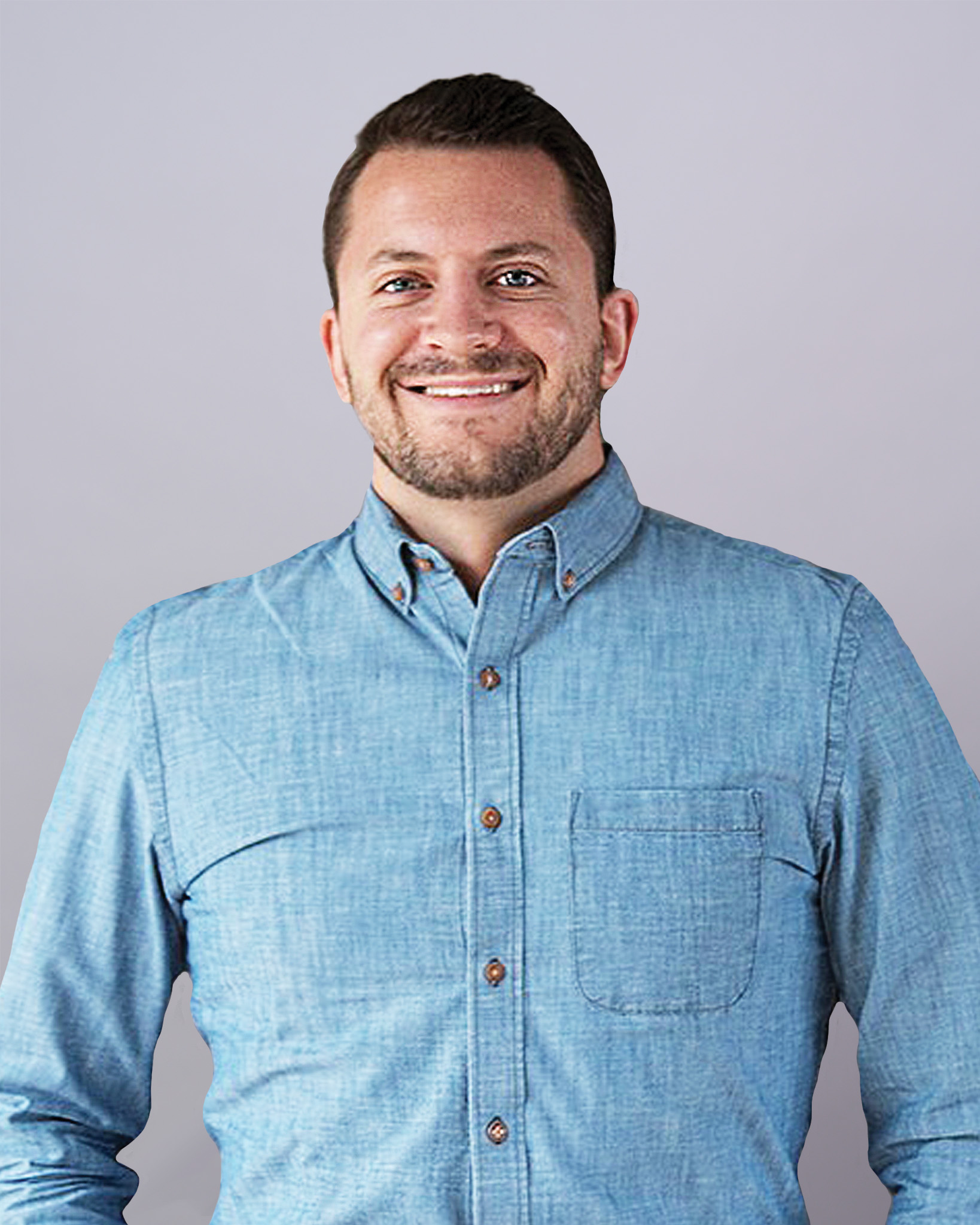 Mr. Bell has served as Vice President of Human Resources and Associate General Counsel since starting with Redirect Health in August 2021. In that time, he has headed up several key initiatives, such as scaling Redirect Health’s recruiting efforts to account for the company’s high growth rate, modernizing the HR information system, and driving cultural initiatives to continue Redirect Health’s history of being a fantastic place for people from all walks of life to work. Prior to joining our company, Mr. Bell was the Chief People Officer of a large hospitality group owned and operated his own HR services company and practiced employment law at a Phoenix law firm. He is a happy father to three young kids and a proud Arizona Wildcat. Mr. Bell holds both a law degree and an MBA from the University of Arizona.
Learn More About Redirect Health